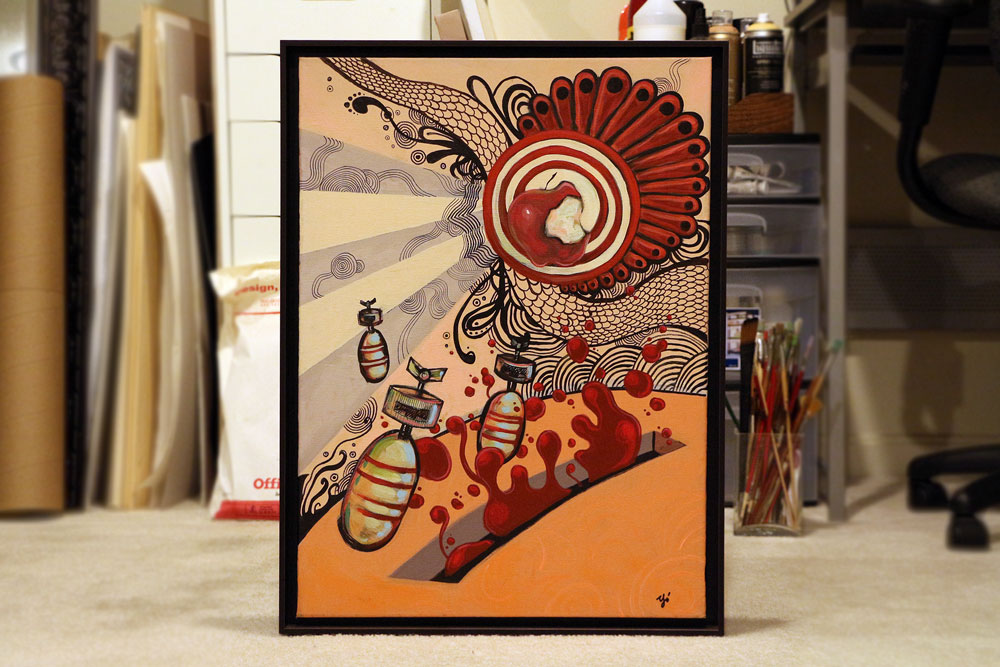 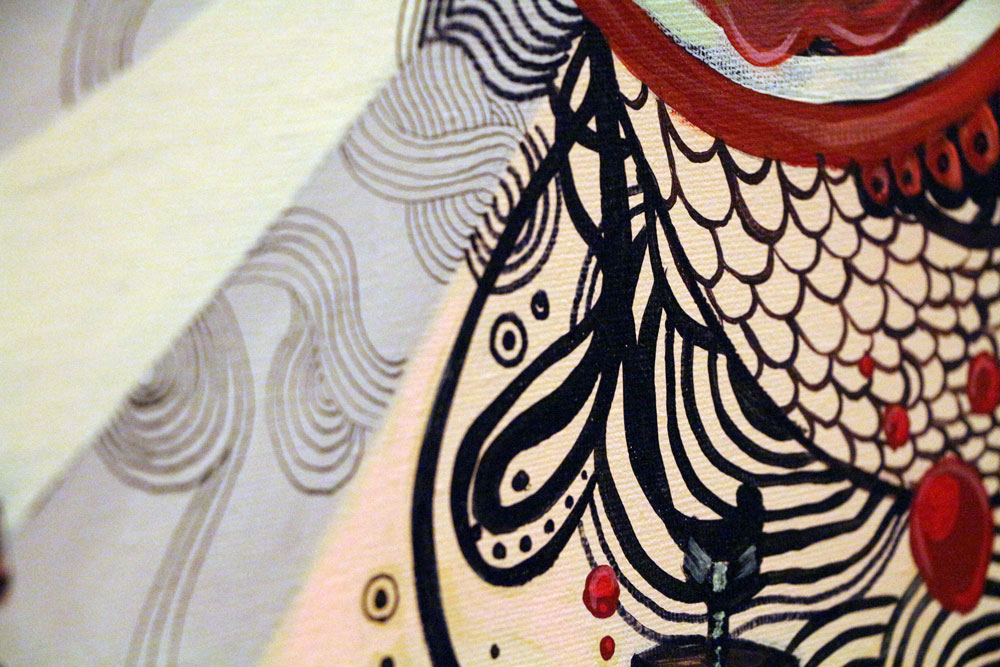 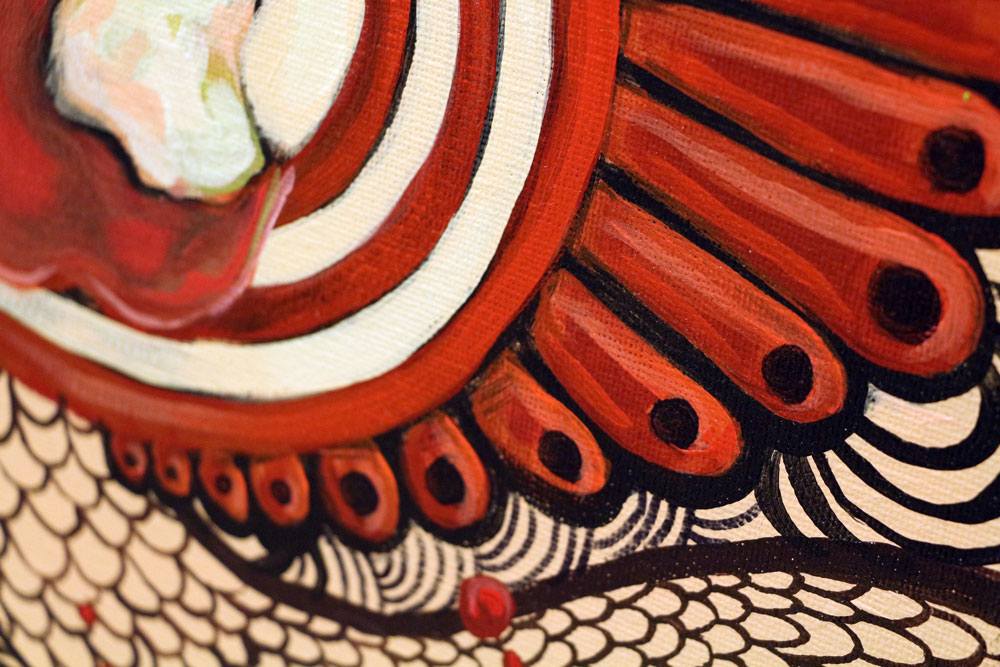 According to the Bible, the Original sin started from Adam and Eve's rebellion in Eden, where they ate from the tree of knowledge.

We have come a long way from the Adam and Eve's theory. Today's sins go well beyond eating a specific fruit. The most atrocious of all man made phenomena, is WAR. Man killing man in large quantities, for conflicting political ideologies, religious views, territory, greed for natural resources, etc. This violence between humans keep contributing to the automatic guilt of all humans, and adds to our collective guilt. With these principles in mind, I painted Bombs 01, as an addition to the Original Sin series.

I used traditional iconography from previous old masters depiction of "original sin", like the apple, and the snakes. I have also included some elements of my own, and I also hope each viewer brings elements of their own perception to the composition.